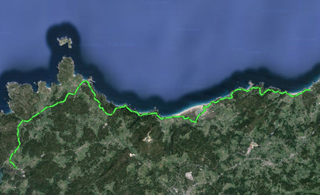 Today’s stage is very intense as regards paths near the water, since most roads and tracks are completely along the coast or cross little coastal forests between one beach and the other. It is also short, but with constant slopes up and down, so you get really tired at the end of the day.

Along the sea path and some roads, I go to Caión, a picturesque town, and from there, to a protected marine environment called Las Marismas de Baldaio, where there is a campsite where I could have stayed yesterday. I go along mountain paths, roads and beach paths among sand dunes, and stop to have something to eat at Arnados beach, at the local restaurant O Cordobés —good, cheap, and highly recommendable.

From Arnados, I go on from one beach to another along some paths in very poor conditions, coastal roads, and forest trails until I get to Malpica de Bergantiños, with my body pretty scratched by the blackberries.

The track leads us to Ponteceso, but I’ve decided to stay in the campsite “Sisargas”, in Filgueira, 4 km away from Malpica de Bergantiños, and 12 km away from Ponteceso by road. The reason is that I wasn’t sure whether Ponteceso had a campsite or a municipal area where camping is allowed. 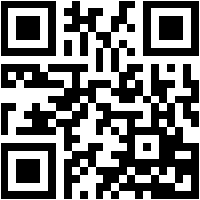